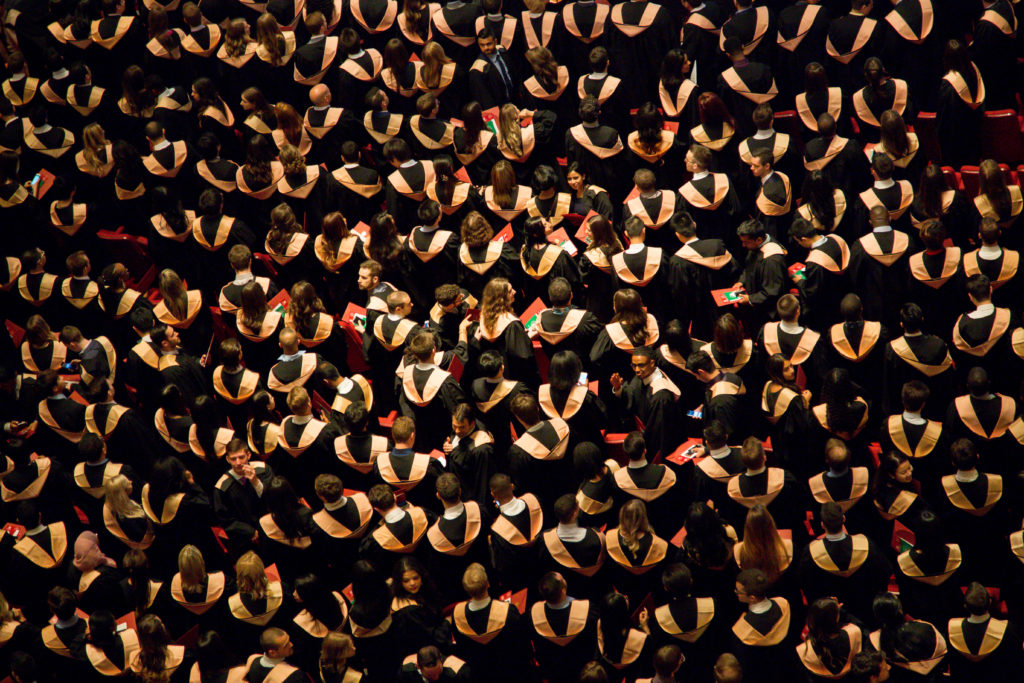 All you need to do is to put in your creative side and write a 1000 word essay about any of the following topic:
Equality of Workplace Opportunity Between Genders
Jobs of the Future
Effects of Robotic Workers
Transferable Skills
Skills and Qualities The Employers Want From a New Grad
What Makes Work Fun
Difference Between a Job and Career 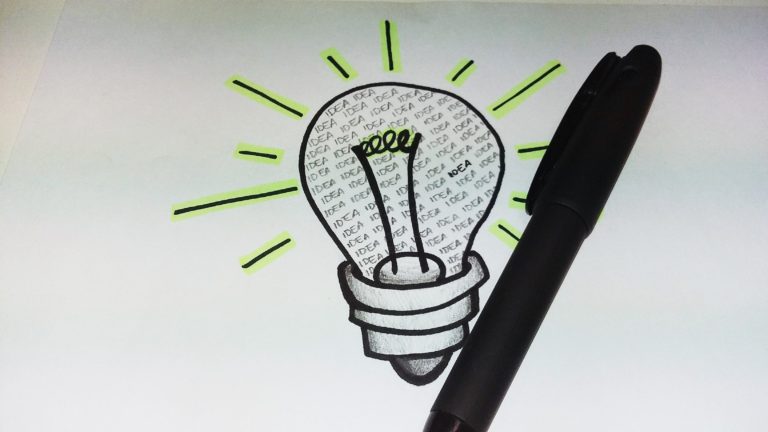 Choose what speaks to you! Tell us about your personal experience or recount what you’ve seen in society or the media. You will be judged on a combination of originality, proof, and persuasiveness.

Feel free to skim through our articles for job facts and references. You can also search our job database for jobs hiring in Madison, Chicago, and Des Moines.

Proof will be required for your GPA and eligibility before awarding.

The scholarship award will be directly sent to the University or College or High School attended, not directly to the student.

All submissions are used only for the purpose of awarding a scholarship. Applicants will not receive a solicitation from JobSource1.com or any other party. Applicant information is never shared or sold.

Please complete the form and attached your essay below; qualified candidates will be contacted via email. Submit questions to scholarships@jobsource1.com. 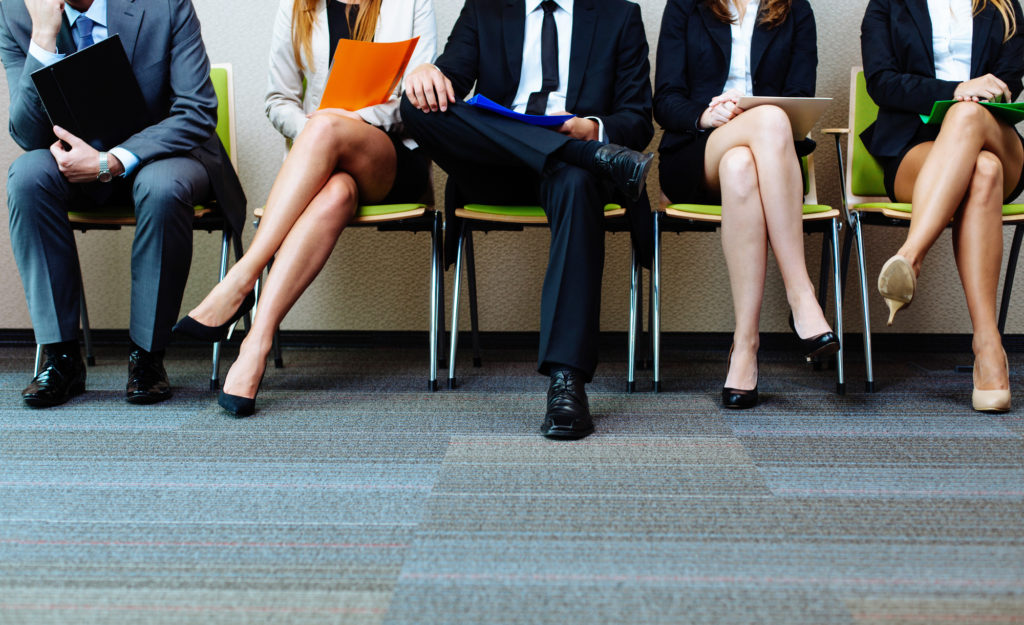 An increasing number of new graduates are released into the working environment each year. They are determined to find well-paid jobs that will assist them in paying off their student loans while at the same time maintaining a balanced lifestyle.

A recent report shows that outstanding student loan debt for new graduates in America is more than 1.4 trillion dollars, and still climbing.

Another report showed that for 2016 graduates alone, the average amount owed in student loan debt was $37,172.

Maybe you are one of those new graduates that contributed to this figure. So, what will you do?

No need to scratch your head, there is good news.

Depending on the type of job you’re looking at, and the company you choose to work for, you can earn more. This is good news indeed.

The only challenge is to find the top paid jobs that you can apply for as a new graduate.

To assist you, we have compiled a list of 25 of the top paying jobs that you can apply for.

If you are a new graduate in chemical engineering, your starting salary should be an average of $68,063 per year, including tips, bonuses, and overtime pay.

The top paying states for chemical engineers are Texas, Delaware, Arizona, Louisiana, and the District of Columbia.

A newly graduated student can earn up to $66,900 per year for a position as an electrical engineer. Different states have different pay ranges. For instance, if you are living in New York City, expect to earn approximately $73,555 per year.

New hardware trends on the market have given rise to a demand for hardware engineers. So, if you are a new graduate in this field, this might be just the job for you.

The salary for new graduates in hardware engineering is, on average, between $63,036 – $84,000 per year. Some of the top paying states are California, Maryland, Colorado, Texas, Alabama, Oklahoma, and New York.

Here are the starting salaries for other engineering jobs.

If you graduated with a computer science bachelor’s degree then you are looking at an average of $68,100 per annum. It is one of the fastest growing jobs in the United States but it is highly competitive.

Therefore, you will need good communication skills and strong attention to details to land this job. Two cities that pay well for computer scientists are Seattle and Los Angeles.

New graduates can expect to earn an average of $85,500 – $115,000 per annum for a data scientist position collecting, analyzing, and interpreting data. Here’s a look at what four data scientists in different cities reported that they are earning as of July 2017:

Technology is on the rise so the demand for software developers is high. Moreover, according to salary.com, the Bureau of Labor Statistics predicts that the need for computer developers will keep occupational demand strong through 2020.

Bear in mind though, that some companies will pay more than others. The average salary from companies that pay significantly higher than the national average is between $65, 232 – $89,000.

So, if you are a new graduate who needs a top paying job as a software developer you can check out companies like Oracle, eBay, Microsoft, Intel, Nvidia, Amazon, etc.

Be prepared though, because you will have to stay on top of new technologies as they emerge. San Francisco and Seattle pay well for software developers.

If you are a new graduate with an information technology degree your average starting salary will be approximate $64,000 yearly.

This is another area to consider. An IT security engineer provides solutions and develops IT security programs for businesses.

Expect to earn an average of $79,000 per year. This is a well-paid job, especially in areas like San Francisco, New York, Boston, and Washington.

Environmental scientists are usually government paid workers and there is a demand for environmentalists due to the rise in environmental protection. Having a career in this field can be quite beneficial.

Expect to earn an average salary of anywhere between $45,000 – 56,660 yearly. The best paying locations for environmental scientists are New York, followed by Philadelphia, Washington, and Denver.

A career in investment banking can land you an average starting salary of approximately $105,000. However, you must have keen eyes for details, especially in economics, mathematics, or business.

The investment banking environment can be high pressure with long working hours, especially if you land a job on Wall Street. Nonetheless, it’s a great start and you should go for it if you are qualified. San Francisco is the city to be in if you need to land a top paid job as an investment banker.

The national average for consulting analysts is $64,000. However, if you are in the Boston area you can earn up to $74,300 yearly.

LinkedIn quotes the salary for a sales account manager at $51,000 per annum, but there are many companies that will offer incentives for talented employees.

There is a need for sales account managers in almost every city, however, some areas will pay a little more as a starting salary than others. Houston, San Francisco, San Diego, and Boston are lucrative cities to look in for this position.

The pay scale for new graduates differs among cities. For example, Minneapolis pays 25% more above the national average while New York pays 13% more.

You can have a promising career as a marketing assistant as various companies are searching for employees who can market their products and goods to increase profit.

This profession can earn you as a new graduate an average yearly income of $34,000. You will get salaries above the national average in San Francisco, Washington, Boston, Atlanta, and Chicago.

If you are an active listener and a people-person, then this job is for you. Your yearly earning will be approximate $28,00 – $31,000. However, the Bureau of Labor Statistics stated that by 2024 there will be an expected 10% growth, which is faster than most averages.

If you have an interest in building and design, then this is the job for you. As a new graduate, you will earn an approximate average of $59,000 yearly.

This job can earn you an average salary of $64,896 yearly with bonuses and commissions. If you can organize and implement solutions to help the company understand their objectives, then you will be a brilliant candidate for this type of job.

If you are a new graduate with a supply chain management degree and you are in San Jose, Atlanta, San Francisco, Philadelphia or Houston, then you can expect to get an above average salary.

Entry level positions for telecommunications technicians pay an average salary of $40,000 per annum, according to payscale.com.

But look for higher salaries in New York, Washington, Philadelphia, and Los Angeles.

San Francisco would be an ideal location for you to start your project management career because it pays 20% more than the average yearly salary. Los Angeles, New York, Washington, Chicago, and Denver are cities that you can consider as well.

As a social media manager, you can expect to earn an average income of $41,930 per year.

This is another sought after position because businesses are always seeking employees to manage their social media accounts such as Facebook, YouTube, and LinkedIn.

If you are a critical thinker, then this job is for you. As an equity research analyst, you can expect to make a yearly income of $50,000 – $80,000. New York is the city to search in for this position, as it holds a large number of equity firms.

As a new graduate, obtaining a job as a high school teacher can be beneficial in that you have more time to yourself, especially during the long summer break. You can expect to earn a salary of $43,000 per year.

A career in nursing can be a wonderful choice because nurses are always in high demand. The average starting salary for nurses is $47,000 yearly.

The table below shows some of the top paying positions in nursing.

So, there you have it, 25 of the top paying jobs for new graduates. Remember that most of the average salaries mentioned above can differ according to state. Search wisely for companies that pay well for the position you wish to take up.

You can see that cities like San Francisco, New York, Seattle, Dallas, etc., are in the front line when it comes to high pay rate. If you live in any one of these cities, search for suitable companies in your area that pay well. After all, you do not want to do all the hard work and at the end of the day, not be satisfied.

Bear in mind, though, that because you are a new graduate, experience may also be a deciding factor for your average pay. However, do not let that deter you from thinking big! From the 25 top paid jobs above, we are certain that you will find a suitable choice.